According to Hancock and his homebuilder supporters, the costs and risks associated with high-rise condominium projects have made the construction of these projects prohibitive, except at the very highest price point. Thus, the availability and the affordability of condominiums in Denver has been dramatically impacted, and potential home buyers seeking to invest in a new home in Denver’s urban environment are left with few choices in the market place. Hancock’s bill was heard and adopted by the Business Development Committee on October 27, 2015.

If the measure passes on November 16th, the City of Denver would join Aurora, Commerce City, Lakewood, Littleton and Lone Tree with local ordinances that conflict with state law.

State lawmakers have repeatedly denied such legislation because, unlike local city councils, the State Legislature often listen to the policy arguments from both builder’s lobbyists and homeowner advocates. Mayor Hancock, instead, has closed the doors of public comment on this controversial local ordinance that is backed by his biggest donors, Colorado homebuilders.

1. Limits the manner in which technical building code violations can be used in construction defect litigation.

• Address the manner in which Denver building codes may or may not be used in construction defect claims arising under any statutory or common law cause of action.
• Building code violations may only be cause for action if linked to actual damage or injury or risk thereof. No “strict liability” claims.
• Denver’s codes represent the standard for construction. Other codes/standards may not be applied in litigation

• Codify the holding in Vallagio: where covenants in a common interest community require Alternative Dispute Resolution (arbitration or mediation) for construction defect claims, the covenant cannot be unilaterally eliminated by the Home Owners Association.
• Advises a buyer of the terms under which a builder was willing to build and sell product and holds that the covenant permanently governs procedure for future claims

3. It requires informed consent of a majority of condo owners before construction defect litigation

• Informed consent of a majority of homeowners in a common interest community and majority vote requirement before litigation can be pursued.
• Similar to a component of SB 15-177 that enjoyed bipartisan support in the Colorado Senate
• Excludes developer-owned units in the vote

As reported by the Denver Post, the Colorado Senate approved SB91, a bill that seeks to shorten the construction defect statute of repose to five years in Colorado. If a defect is noticed in the fifth year, a homeowner would have one year to sue.

Currently the statute of repose is six years, and provides a homeowner two years to file suit if discovered in the fifth or sixth year.

The vote was 18-17. All Republicans voted in favor and all Democrats voted in opposition.

The bill’s sponsor (Sen. Ray Scott, R-Grand Junction) states that the bill stops builders from being held accountable for normal wear and tear and acts of god. With all due respect, that statement makes no sense.

If a condition is caused by wear and tear or an act of god, that alone is a defense to a construction defect lawsuit. No judge, arbitrator, or jury would award damages for such claims. And if wear and tear was clogging the courts, then the bill should address it directly, not by adjusting the time limit to bring cases for legitimate defects. Instead, this is clearly just a ruse to protect shoddy builders from homeowners seeking the cost to repair their defective homes.

The bill still must pass the democratic controlled House before becoming law.

Lumber Liquidators will undoubtedly be facing numerous class action and individual lawsuits from homeowners all over the country for its involvement in selling laminate flooring from China with unacceptable levels of formaldehyde. After reading about this issue, the first thing I did was double check that the flooring in my own home came from a reputable source. If you believe you may have Lumber Liquidators laminate flooring in your home and want to get it tested, contact Johnson Law for a laboratory recommendation.

The other side of the Colorado “condominium crisis”

A wonderful realtor and friend of mine sent me an email yesterday asking my opinion about SB 15-177. The Colorado Association of Realtors strongly supports this bill and sent an email blast to all realtors providing its support of the bill. The email to the realtors, in turn, requested that the realtors send an email to their representatives and senators supporting the bill. I can certainly understand why the CAR’s business interests are served by such a proposed law, but unfortunately at the expense of the homeowner clients they purport to serve.

I gave her a quick summary of the reasons why SB-15-177 is wrong for Colorado. Then today I read an article that did it even better.

I have some more criticism of the bill, but this article hits the main points very well. Colorado has some of the most builder-friendly laws in the country. The condo market was oversaturated in the housing boom of 2003-07, and for various reasons, demand for condos has dwindled.

The solution to the “problem” of builders getting sued for defective construction is to stop building defective homes. Taking away homeowners’ rights once they have purchased a defective home does not benefit anyone except the builders.  It is very disheartening to see now that the Colorado Association of Realtors have seemingly  chosen profit over the rights of the Colorado homeowners they purport to represent.

In January 2015, we really didn’t know what bills the builders would try to pass in the legislative session. One idea that was wisely rejected was a “right to repair.” I wrote about this on the firm’s facebook page on January 5, 2015 with the following:

Below is a recent Denver Post article illustrating [edit: Denver Post article can be found here] a few of the many sides to the complicated issue of Colorado construction defect litigation and reform. I can’t help but weigh in that a “right to repair” would be a horrible solution.

In the end, the homeowner is left with a six-figure repair cost and possibly life-safety issues with their home, and the builder and its insurers walk away with six figures in undeserved profit for cutting corners. A “right to repair” will force more homeowners to accept these corner-cutting temporary repairs.

In addition, a homeowner will be forced to allow a person or company to make repairs to their home that has already conned them once. The builder may not have the necessary experience to make such repairs. For many, that is an invasive scenario that could lead to additional stress and confrontations to an already tension-filled situation. In sum, Colorado law should not require a homeowner to give the keys to his or her castle to a builder because he or she was unlucky enough to have purchased a defective home from that builder.

Under current Colorado law, a builder has a right to inspect and offer a repair or money before it can be sued. If the homeowner accepts the proposed repair or money, the builder does not get sued and the issue is resolved with very little or no attorney involvement. In my experience, only about 5% of builders even make an offer before getting sued. Consistent inaction by builders is what leads to more lawsuits. And builders of defective homes only have themselves to blame.

Thankfully a right to repair bill is not being forced on homeowners. However, the current bill proposed by builders, SB 15-177, still seeks to erode away homeowners rights in exchange for more profit for the builders. More on that soon. 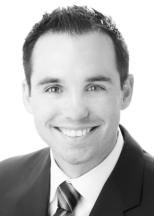 Welcome to the Johnson Law Blog

Welcome to the Johnson Law – Law Blog. We look forward to sharing legal updates regarding construction defect and other Johnson Law practice areas in the future.