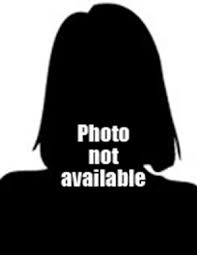 Monica began her career as a Bankruptcy Attorney with a private law firm and assisted clients to reduce or eliminate debt, or to proceed with bankruptcy. Prior to joining Johnson Law, Monica worked as a Chief criminal prosecutor with the Travis County District Attorney’s Office in Austin, Texas. She was entrusted to represent the State in numerous high profile and complex cases, including Murder, Aggravated Robbery, and Sexual Assaults of Children. Monica also regularly conducted investigation trainings for multiple law enforcement agencies in Austin. Most recently, Monica was a felony criminal prosecutor with the 17th Judicial District Attorney’s Office in Brighton, Colorado.

After 15 years in prosecution and having had the privilege and honor of representing hundreds of victims and families as a prosecutor in Texas and Colorado, Monica had a very strong desire to pivot to the practice of construction and real estate law. Monica has extensive trial and courtroom experience, and she is devoted to work tirelessly and advocate zealously for her clients in order to obtain the best possible outcomes.

In her spare time, Monica enjoys hiking, running, and exploring the beautiful state of Colorado with her daughter, Isabella.